Here is a list of top 10 companies in India by market valuation; List of these best Market Capitalization companies are frequently being updated by our expert team.

1 | TCS
Establishment – 1968
Website – www.tcs.com/
Tata Consultancy Services or TCS as it is widely known, is a multinational IT sector, that has through the years been able to set out an example among all the other IT companies with the quality service that it has been able to put out to the customers. Thus, making the company one of the best in India. The consultancy firm was estimated to have a market capitalization value of Rs. 2, 85,051.72 crore, in May 2015.

The Ambani family being the owner of this well reputed company, the company emerges as one of the most trusted and famous group in India. The industry deals with various sectors, including the communications, logistics, petrochemicals, science and technology and many others. The company in May 2015, was estimated to have a market capitalization value of Rs. 2, 85,051.72 crore. Reliance Industries Limited has its share distributed among the Ambani family and also 3 million other share holders. The Ambani family holds a total of 45.34% of the total shares.

3 | Oil and Natural Gas Corporation (ONGC).
Establishment – 1956|
Website – https://www.ongcindia.com/
The company seems to have over the years, taken all the responsibility to take over the Indian market, when it comes to the oil and gas companies in India. The company owns a share of 69% of the nation’s total crude oil supply and also at 62%, it produces the highest percentage of the natural gas requirements in India. The company is ranked 5th in Asia and 21st globally in Platts Top 250 Global Energy Rankings. The company as on May 2015 is valued around Rs. 2, 78,994.53 crore.

Incorporated in the year 1994, this company has been fast enough to get the most out of the limited resources that it had and now is among the top 10 companies in India by Market Capitalization. With as many as 4,014 Branches and 11,766 ATM’s in 2,464 cities across the nation, this country has spread into the mainstream financial business quiet soon. The company in the month of May have estimated its total valuation to be around Rs. 2, 58,157.69 crore.

5 | ITC
Establishment – 1910| Website – www.itcportal.com
The company with its head quarters in Kolkata has been in the business for quiet sometime now. The company in its over hundred years of span in the market have come up with some of the spectacular products that one can ask for. The company is broadly divided over five diversified segments, Fast Moving Consumer Goods (FMCG), Hotels, Paperboards and Packaging, Information Technology and Agriculture. The market value of the company has been estimated around Rs. 2, 57,658.88 crore in May 2015

This company has provided the nation with almost all the coal that they would have ever needed. The company is the producer or supplier of over 81% of the total coal requirements of the nation. This Government of India organization is the largest of its kind in the world. The company provides raw goods to 82 of the total 86 coal based thermal power companies in the nation. One of the other top 10 companies in India by market valuation, the CIL is capitalised to be around Rs. 2,42,137.83 crore in May 2015.

7 | Infosys
Establishment – 1981|
Website – www.infosys.com/
This Bangalore company is the second largest IT company in India and it helps people in across 50 countries across the globe. The major business of the company is in the fields of business consulting, software engineering, information technology, and business consulting and outsourcing. In the year 2015, the company is being estimated to value around Rs. 2,31,600.93 crore.

This Indian multinational company operates mainly in the pharmacy sector, and produces medicines in the fields ranging from the cardiology to gastroenterology, the company has the reputation of being the leader in every field of the pharmacy industry, not only in the nation but has also made a mark in the global region as well. Thus this company is estimated to have a market value of around Rs. 2,29,765.30 on May 2015.

9 | State Bank Of India
Establishment – 1955 | Website – https://www.sbi.co.in/
The bank that has been the most popular and the most famous in the banking sector is surely here to feature in the list with as many as 200 offices in more than 40 countries in the world and making sure that all of them have the perfect ability to function well as a unit. This company thus have been able to capitalize its value to a whooping 2,10,037.93 crore INR in the year May 2015!

This company under the guidance of the founders and other hardworking employees have been able to leave a mark in the mind of the people with all the products that they have brought out in the field and they have always given us just what we need and at the price that we can afford it. The company is estimated to have a gross capitalization of around 1,83,101.45 in the latest announcements in the month of May this year.

If you would like to add a comapany that you consider most appropriate top 10 Companies in India by market valuation ranking, Please suggest it here 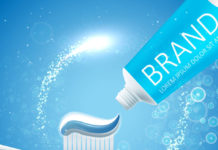 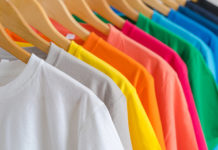 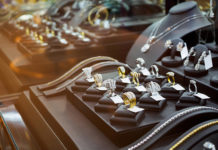