2| Radhanagari Wildlife Sanctuary
Location – Kolhapur, Maharashtra | Establishment – 1958 |
Major species – Leopard, Indian Bison | Website – www.mahaforest.nic.in |
One of its kind and among the best wildlife sanctuary in India, Radhanagari Wildlife Sanctuary is Maharashtra’s first wildlife sanctuary located on the boundary of Sindhudurg and Kolhapur districts in Maharashtra. This sanctuary is famous for some of the rare animal species including leopard and Bison.

5 | Coringa Wildlife Sanctuary
Location – East Godavari, Andhra Padesh | Establishment – 1978 |
Major species – Marine Turtle, Otter, Jackal, Fishing Cat| Website – forest.ap.nic.in |
Coringa is a wildlife sanctuary in India offers a great view to the visitors with over 100 bird species and various mangrove tree species. It is a home to variety of animals like Jackal, Otter, Fishing Cat, Estuarine Crocodile, Marine Turtle and birds like Snipes, Sea Gulls, Storks, Flamingos, Herons and Ducks. It is situated in Andhra Pradesh and the best time to visit sanctuary is between the months of October and May.

If you would like to add a Wild Life Sanctuary that you consider most appropriate in the list of Wildlife sanctuaries in India, please suggest it here 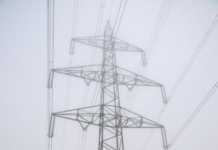 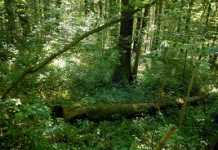 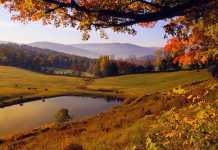 Top 10 Beautiful Natural Places To Visit Before You Die 2021